Infield displays at AMA Vintage Motorcycle Days include vintage and modern clubs, bike builders, AMA member benefit partners, vendors and more. Don’t miss this opportunity to experience some of the coolest companies and organizations in motorcycling.

With over 20,000 square feet of display space and 115+ motorcycles on display it is a ride destination that needs to be on your bucket list.

Stop by the 20×40 AMA Motorcycle Hall of Fame display in the Old Bike Barn Crossroads for a small taste of what you would find at the museum.

You can also get your raffle tickets for the 2017 Hall of Fame Raffle Bike: a 1966 Harley-Davidson FLH. The winner is being drawn on Sunday, July 9 at during AMA Vintage Motorcycle Days.

See pristine examples of vintage Kawasaki motorcycles, from a 1966 Samurai 250 to a 1984 Ninja Turbo. There also will be history-making machines such as Jimmy Weinert’s 1974 championship-winning KX, Wayne Rainey’s 1983 GPZ Superbike and Jeff Emig’s KX500 from the Motocross of Nations.

Founded in 1977, the Vintage Japanese Motorcycle Club (VJMC) is the premier worldwide club dedicated to the preservation, restoration, and enjoyment of vintage Japanese motorcycles (20 years old or older) and the promotion of the sport of motorcycling. The VJMC hallmark is “participation at all levels and to have fun” – for all motorcycle enthusiasts young and old.

They will be hosting their 40th Anniversary celebration at the 2017 AMA Vintage Motorcycle Days with a display in the infield as part of the Old Bike Barn Crossroads.

The Ton Up Club International Rally 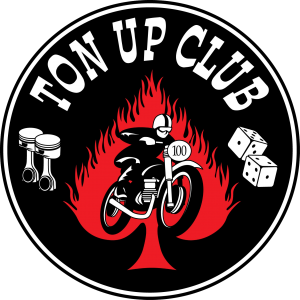 The Ton Up Club was founded on the idea that classic bikes were built to be ridden not just polished and stared at. It’s also based on the Rocker culture of England in the 1960’s, which was strongly influenced by American outlaw biker culture of the 1950’s and the movie the Wild One. It’s really all about hanging out with your mates, riding your bike to the café and rock-n-roll. The term “Ton-Up” originated in the British Rocker culture of the early sixties and referred to hitting the 100mph mark on your bike… No small feat on 60’s era motorcycles. 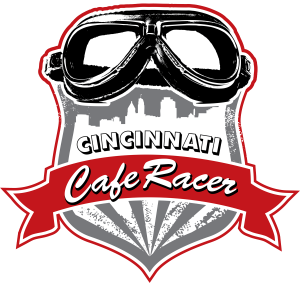 Southern Ohio’s premier group of Vintage & Cafe Racer style motorcycle enthusiasts. An inclusive group that enjoys all types of motorcycles. Don’t let the name fool you, they love more than just Cafe style bikes and believe less is more, unless you’re talking about the number of bikes in the garage.

Dedicated to the riding, preservation and enjoyment of British motorcycles, past and present and all vintage motorcycles.

Skidmark Garage is a 10,000 sq. ft. community motorcycle garage where you can work on your motorcycle. We provide the tools, space, and community to assist you with your project.

Skidmark Garage is everyone’s space to fix their stuff and be a part of a cooperative, no-collar community. 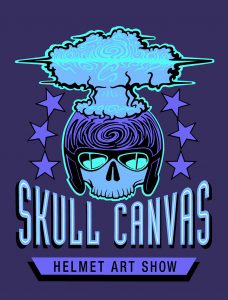 The Skull Canvas Helmet Art Show features helmet artists from all over the USA and a few from around the world. Each helmet is a one-off unique work of art that you can wear. 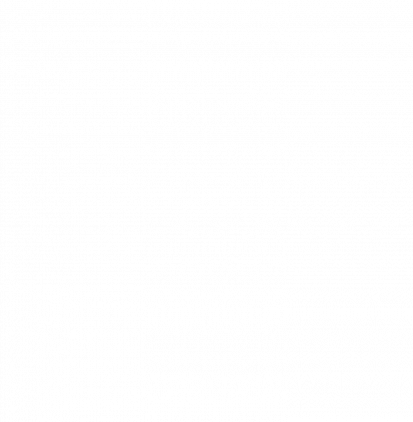 Gallery | Advertise | AMA Trademarks | Board of Directors | About the AMA | Facts and Figures | For the Media | Careers | Privacy Policy | Contact
©2017 American Motorcyclist Association. All Rights Reserved.